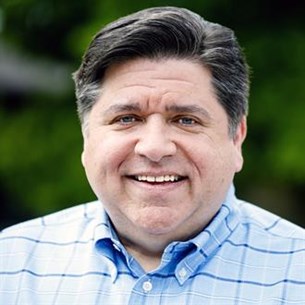 Raised by parents who taught him to fight for progressive values from a young age, JB Pritzker has spent his life standing up for social and economic justice and expanding opportunity in communities across the state of Illinois.

Those values led JB to become a national leader in early childhood education, working for decades to create and expand early learning programs for low income children. After years of dedication, JB was asked by President Obama in 2014 to help organize the White House Summit on Early Childhood Education. In Illinois, JB recognized that thousands of children across the state go to school hungry every day, and kids can’t learn well on an empty stomach. So JB partnered with the Greater Chicago Food Depository and Share our Strength to expand federal school breakfast grants in Illinois, making it possible for 230,000 more kids to get breakfast and start their day off right.

As a businessman and entrepreneur, JB has helped create thousands of jobs in Illinois. In 2012, JB founded 1871, a non-profit small business incubator. 1871 brought together the educational and civic resources to support startup businesses, and so far it has helped entrepreneurs create more than 8,000 good-paying jobs and hundreds of new companies in our state. Since the creation of 1871, Chicago has been named one of the top ten technology startup hubs in the world, and 1871 was named the best incubator in the world. JB is committed to helping entrepreneurs and small businesses get started and grow all across our state.

A staunch advocate for righting historic wrongs and fighting discrimination, JB has stood against hatred and bigotry throughout his life. JB was a key supporter of the Center on Wrongful Convictions at Northwestern University. The Center has become a national leader fighting to reform our criminal justice system, helping the accused prove their innocence. He also served as Chairman of the Illinois Human Rights Commission. As chairman, JB stood up for the rights of the disadvantaged, fighting for victims of gender, racial, religious, and sexual orientation discrimination and working to ensure people with disabilities have equal access to jobs and housing.

The descendant of Jewish immigrants, JB knows we must preserve the legacy of the Holocaust and honor the memories of those who were lost. So JB led the creation of the Illinois Holocaust Museum and Education Center, a nationally recognized institution where more than 120,000 students, teachers, police officers and others learn to fight bigotry, hatred, and intolerance every year.

JB and his wife, MK, celebrated their 25th wedding anniversary in 2018, and they are the proud parents of a daughter, Teddi, and a son, Donny.